What makes a good surf spot? Any non-surfer might think it’s ridiculous how surfers group together fighting for the same waves despite having the entire coastline to choose from. With seemingly endless miles of breaking waves, why do surfers choose to sit within such close proximity?

The unfortunate truth is, when it comes to wave quality, all beaches are not created equal. For example, on a trip to Witch’s Rock (Roca Bruja), first-timers may feel a bit discouraged by their initial wave check in Playas Del Coco. Even though the two beaches are situated a stone’s throw away on a map, there is an enormous difference in wave size.

Diving deeper into the subject of what makes a good surf spot, we must acknowledge two characteristics. The first is swell window. In other words, does the beach have the correct geographical orientation to receive the full force of oncoming swells?  Revisiting our example of Witch’s Rock and Playas Del Coco, you can notice from the maps how Witch’s Rock has a wide open swell window to the South Pacific while Playas Del Coco is very much closed off.

In addition to swell window, we must also recognize a second characteristic: unique geographical features. Because most surfers are not up-to-date with their geographical jargon, we have coined our own names to describe the unique layouts of different beaches. Here are the most popular.

These are the most common types of surf spots. Beach breaks are sand-bottomed surf zones that have an open swell window.  The swell approaches the coastline from deep water and will crest as it reaches shallow water. Witch’s Rock is a great example of a beach break. Not only are the sandbars deposited perfectly, but the famous rock sitting offshore will refract oncoming swells so there are nice, peaky waves in the surf zone.

Point breaks are dreamy for three main reasons: higher percentage of quality-shaped waves, predictability of each wave and increased length of ride.

Traveling towards the coast from the open ocean, a swell will always break first in shallow water. When an individual swell line approaches an abnormal point in the coast, the wave will uniformly peel along the point, creating perfectly groomed waves. Costa Rica is fortunate to be blessed with some of the best point breaks in the world. If you want leg burning lefts, head down south to Pavones. If you prefer a zippy right-hander that looks like Kelly Slater’s wave-pool, cruise up to Ollie’s point.

Mostly reserved for advanced surfers, reef breaks are powerful surf spots that receive the brunt of open ocean swells. From deep water to shallow water almost instantaneously, reef break waves will conserve most of their energy traveling towards the coast, and then release it at once upon the reef. If you are an experienced surfer who’s not afraid of taking a few bounces off the bottom, Playa Negra is a popular reef break in the area. Quick word for the wise: mind your manners out there or you might not be welcomed back.

Tamarindo is a prime example of a proper river mouth wave. The meandering estuary separating Tamarindo  from Playa Grande deposits sand right in front of Witch’s Rock Surf Camp, creating fun, sand-bottomed waves with consistent form. Because the river mouth is meandering (like a slithering snake) the sandbars and surf zones will constantly be changing from one season to the next.

Depending on the season, rivermouth waves can range from mushy peelers to sand-spitting barrels. Anyone remember a few years ago when the estuary right-hander was world-class?

The power of two waves is greater than one. A true wedge wave is fast, powerful, and also a bit dangerous. Just as the name suggests, a wedge is when two waves collide at the perfect angle to create one “juiced up” wave. This effect is normally caused by a man-made jetty or a natural rock-pile within the surf zone to rebound the waves. Surfing a wedge can be tricky, but if you find yourself in the magic pocket where the two waves combine, get ready for a human slingshot! El Hoyo in Caldera is a prime example of a real wedge.

We might not be geographers, but we sure are witty when it comes to detailing surf spots. Overall, surfers are looking for two things in a good surf spot: powerful waves with good shape. So familiarize yourself with your local spots, carefully read the swell charts, and know when to pull the trigger for your next score-fest!

Read the article in the digital interactive magazine 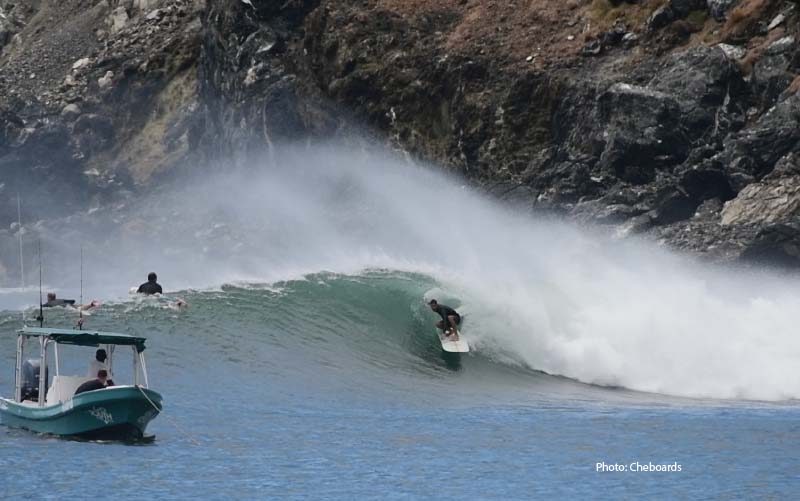 There are different types of blinds available in dubai market depending upon various factors. News. Books.
The Howler Magazine