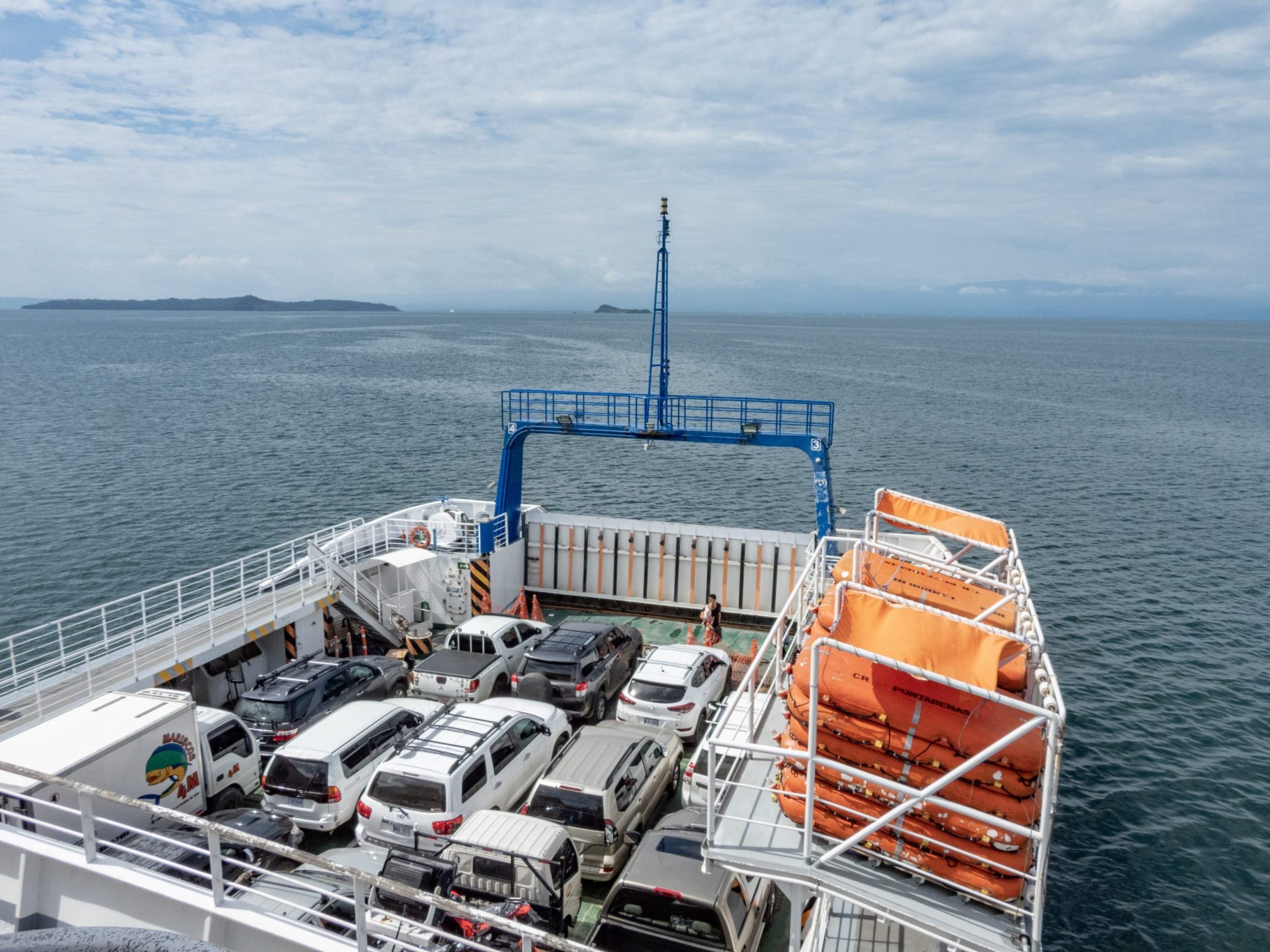 Granddad’s Way to the Beach: Central Valley to Santa Teresa

Long ago, there was no Route 27 to provide a quick way to Costa Rica’s west coast beaches from the Central Valley, no Peace Bridge to cross over to get to the Nicoya Peninsula. What was gained in the newer infrastructure is time, what was lost is the beauty and history of the “traditional” drive that Ticos made in years past.

So this first road trip in Howler’s four-part series will involve backroads time travel. We’ll take the “old way” to the popular Tico beaches of Puntarenas, then cross to the tip of Nicoya and end up in the wonderful southern beaches at Santa Teresa.

Trips with grandpa
This route was first described to me by locals, and by my lawyer. He waxed nostalgically about his memories of the drive, sitting in the back of his grandfather’s car.

We’ll start this trip in Ciudad Colón, at the western edge of what is considered the Gran Metropolitan Area (GAM). An undiscovered little gem of a town, it has a vibrant feel, with restaurants from Indian to Greek and even Russian, and generally costs that are a tad lower than in neighboring communities such as Santa Ana.

From Ciudad Colón you drive on Route 239 — up and up, with the new wind turbines rising above you. As you drive, you will not only see signs of development thinning, but you may have a sense of going back in time.

At the crest of the mountain you drive through the closest indigenous community to San José, the Huetar community of Quitirrisí. On your left you can stop at Artesania Huetar to look at the wonderful baskets and weaving that this community is known for. As you cross over the top, there is a mirador. You are looking into the Acosta and Puriscal valley. The name translated from its Huetar name means “The valley between the waters,” since one side leads to the Pacific and the other to the Caribbean. In the distance is a ridge described in Huetar legend as a sleeping princess, with Tarazu and the Talamanca mountains behind.

You continue on to Santiago de Puriscal (locals know it as just Puriscal), a once bustling city with a huge cathedral. That all changed in the 1990s when earthquakes destroyed the cathedral and drove many away from the region. Today, it is a pleasant “coffee and cattle” town, seemingly in another time than what you left just 40 minutes before.

From Puriscal, you take route 137, making sure you turn right at the new Maxi Pali. This route takes you through some of the highest areas in the canton, through towns such as Barbacoas — with its beautiful ancient tin church — and Grifo Alto, which have become expat enclaves.

From Grifo Alto you can stop at a couple of miradors or local restaurants that give you an amazing view north to see the Poás Volcano and into the entire Central Valley at your feet. As you start down, you may wish to stop at the extremely traditional El Higueron restaurant. It’s been there for as long as anyone remembers, and serves Tico specialities.

Dropping from the heights and heading towards Orotina, you feel the temperature rise. Crossing the new suspension bridge takes you over the Rio Tarcoles, the same river that has the crocodile bridge just a handful of miles away. The bridge has a sad history. Many years ago, there was a ferry, and later a rickety wooden bridge that unfortunately collapsed as a bus crossed, killing a dozen or so people.

In Orotina, you finally take Route 27, passing dozens of fruit stands. Many different fruits are available, but especially mangos, which Orotina is famous for.

You continue through the toll and drive straight to the coast on the original part of Route 27, passing the port of Caldera and the huge crescent beaches of Puntarenas. These beaches are the traditional destination for weekend city dwellers. They are lined with kiosks and food stands and in particular, places serving the famous “Churchills.” This icy, super-sweet, gooey concoction is named not for Winston Churchill, but for the originator who people said looked like the famous Prime Minister.

To continue, drive up the spit of sand that is Puntarenas, a town that started first as a port and terminus of the railroad, whose tracks you can still see. Drive all the way to the end of town to start the second leg of the trip — the ferry to the Nicoya Peninsula.

To optimize your trip and ensure you get on board the ship, you can prepay for tickets. Go to the ferry website for schedules and the online ticket purchase site: http://navieratambor.com/

The ferry has two ports on the peninsula, but due to the pandemic and other reasons, only the Paquera dock is currently being used.

The cost is about $25 dollars per car and driver, and about $1.50 for passengers.

For me, the ferry ride is usually the high point of this road trip. The ferries are large, carrying many cars, trucks and delivery vans. They have open air and air-conditioned areas, and food and drinks to buy. The hour crossing is usually spent soaking in the beauty of the peninsula and watching for wildlife. You can usually see some amazing birds, from frigatebirds and pelicans to brown and nazca boobies, terns and tropicbirds. Many times you see dolphins, turtles and sometimes jumping rayes and even humpback whales in season. Truly a highlight!

Everyone is free to enjoy all the sights from onboard the ferry, until a signal is sounded to return to your car and drive off after docking.

From the docks, you drive from the southern tip of the Nicoya Peninsula, passing by another traditional destination — the Curu Reserve. This large private reserve has a large beach with calm seas that make it a great place for families. There are trails to walk and even an evening bioluminescent boat tour. If we were driving with Grandpa decades ago, we would have stopped here, or even the Caldera beaches. But nowadays, foreign tourists drive further.

From Curu, you travel to the tourist town of Tambor, which for many is the final destination. But, you can also continue up into the hills. This takes you past forests that vary from primary to teak plantations, and to the functional town of Cobano, having basic services and one of the few gasoline stations in the region.

Now, finally you can drive from Cobano down some small, then even smaller, roads until you reach Santa Teresa. Reward yourself with a drink at one of the beach bars or restaurants. And if you timed it correctly, you will be there for sunset. 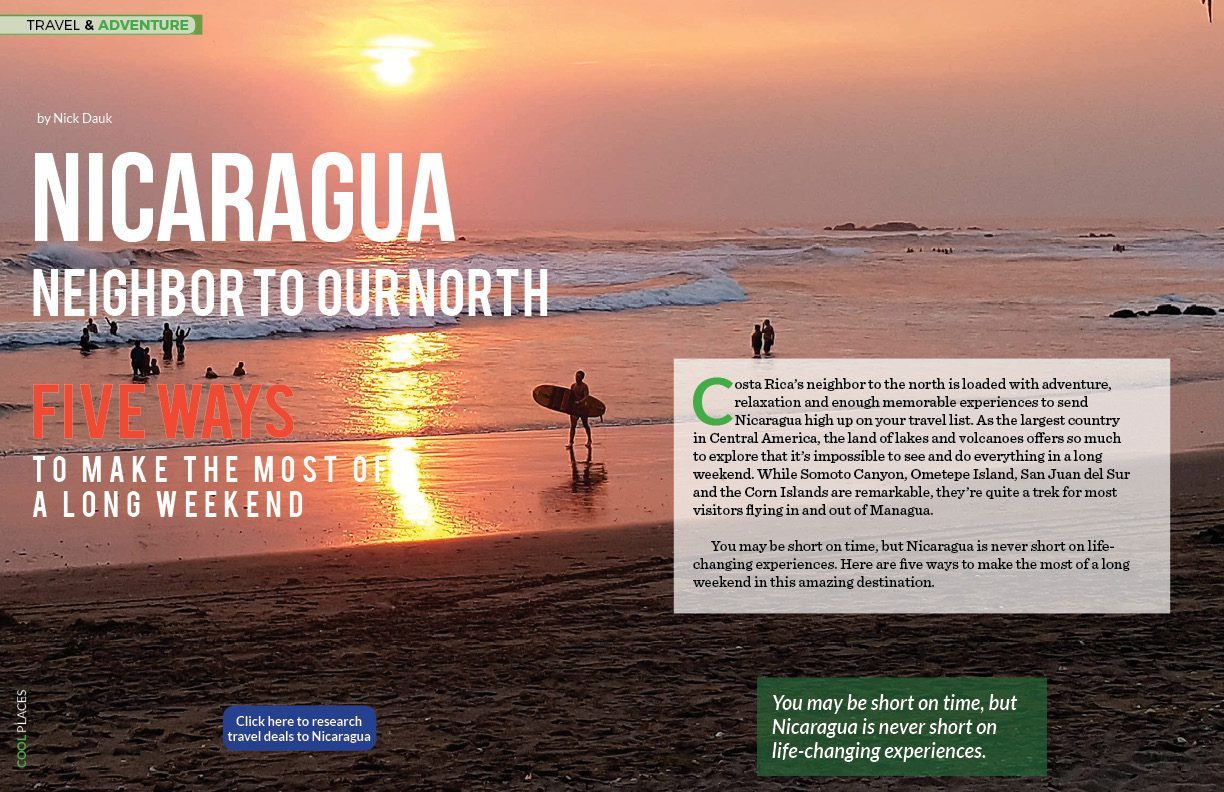 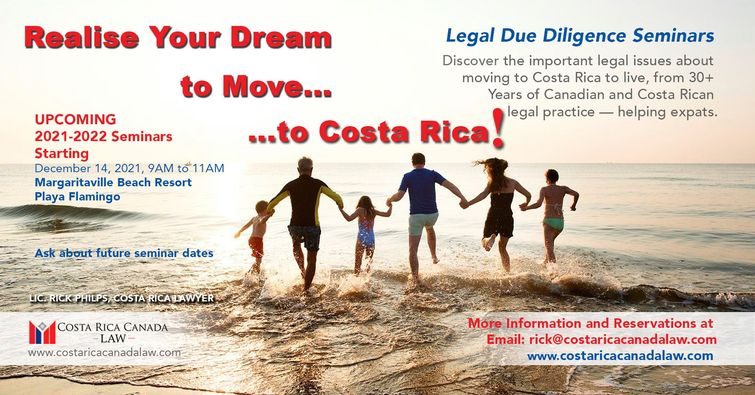