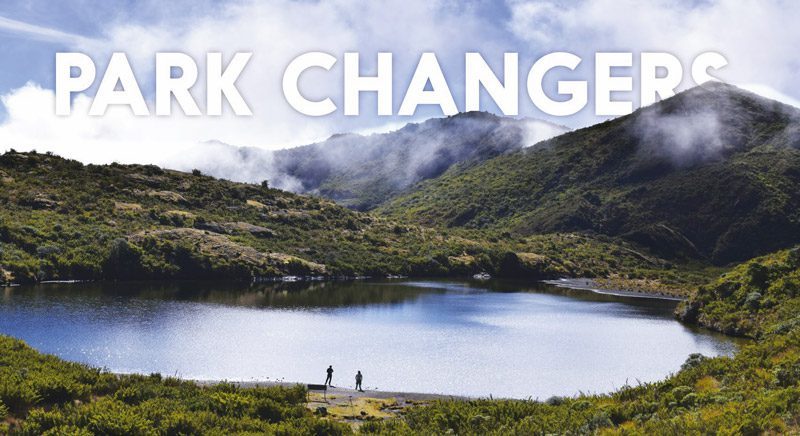 For a country covering .03 percent of the earth’s surface and boasting 6 percent of its biodiversity, Costa Rica’s endowment of natural wonders is extraordinarily generous. Protected areas include some of the most beautiful national parks in the world, teeming with wildlife, bursting with foliage, featuring jungles, volcanoes, beaches and more. Being this close to paradise leaves little room for improvement.

Or so it might seem if you haven’t heard about ProParques, a little-known nonprofit that spends hundreds of thousands of dollars a year to improve trails, build bathrooms, create signage and train park rangers. Thanks to this group, nature’s legacy coast to coast is being protected and showcased like never before. Success in overcoming geographic and bureaucratic barriers has underpinned two mutually achievable goals — enhanced vibrancy of Costa Rica’s 26 national park habitats and an enriched visitor experience.

On Chirripó, Costa Rica’s tallest mountain, new bathrooms and plumbing make it unnecessary for park rangers to haul 800,000 liters of water a year up the mountain so that people can flush toilets.

And at Carara National Park, ProParques has broken new ground for handicapped accessibility. Visitors in wheelchairs can now roll down a 1.2-kilometer universal access trail, while the blind can read signage in braille and touch sculptures that depict local animals.

These and multiple other ProParques initiatives are a testament to what can be accomplished through consensus building, said Steve Aronson, the organization’s founder and president.

“Everyone’s got an opinion about the national park system,” said Aronson, perhaps best known as the founder of Costa Rica’s iconic Café Britt coffee brand. “There’s all these different fights — people want to buy more land, people don’t want tourists there, etc. Everybody has a different view. Let’s try to figure out a way to get all these people to talk and find a common ground between the tourism industry and the ecologists and the government guys.”

ProParques successes are small projects from signage upgrades to larger initiatives of park ranger training. And the socio-economic impact of ProParques-funded improvements extend well beyond the tourism sector. “We trained turtle egg thieves in Tortuguero to be turtle spotters, gave them walkie-talkies, put them on a payroll,” said Aronson, “And now when turtles lay eggs, these guys say there’s a turtle that’s about to lay an egg here.”

ProParques was created 12 years ago as one of three nonprofit groups under the umbrella Demain Foundation (“demain” being French for “tomorrow”). This extended the social responsibility program of Grupo Britt, which Aronson had established in 1985 to sell roasted coffee to domestic

and foreign markets. But in 2009 he turned this business over to his sons to focus on some personal passions.

One thing everyone involved with ProParques seemed to agree on from the start, Aronson said, is that park rangers should be more professional and better supported. “Park rangers at that time didn’t even have uniforms, and they had to learn English,” he said. “It’s all little stuff.”

Rocío Echeverri, executive director of ProParques, said, “We work with the National University, and we just graduated 29 park rangers that got a diploma in park management, and 20 others just started the new program. It’s a two-year university program with students from all over the country, even Cocos Island.”

Training of park rangers remains a major focus of ProParques — what Aronson called one of its three pillars. A focus on visitor experience is another. A third, he said, is “Get things done.”

Alejandro Masís Cuevillas, treasurer of ProParques, described the organization as an ally of the National System of Conservation Areas that helps it fulfill its mission.

“More specifically,” he said, “what ProParques wants is to help visitors have a better experience visiting national parks, as well as to help the national parks themselves and the staff achieve their goals.” 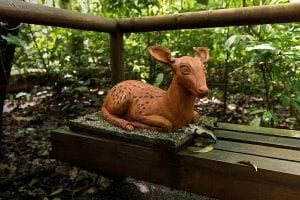 Asked about the organization’s accomplishments, Masís said, “It’s a long list. It ranges from staff being trained in say, CPR and first aid, to building of trails. There’s a long list of things in between, from purchasing equipment for specific tasks that are required at the national parks to purchasing materials to make the electric system better in the park ranger’s house.”

A universal access trail recently opened at Santa Rosa National Park with the support of ProParques. “It’s a very nice trail,” said Masís, who is also director of the Guanacaste Conservation Area. “It goes through regenerating dry forest and it’s also very close to the national monument, La Casona Santa Rosa, so you get both the natural history and the historical side of Santa Rosa.”

Trails and bathrooms are also going to be improved this year on San Lucas Island in the Gulf of Nicoya, formerly the site of an infamous prison. ProParques is also responsible for a new lookout at Tenorio National Park. There’s a lengthy list of completed projects at www.proparques.org. 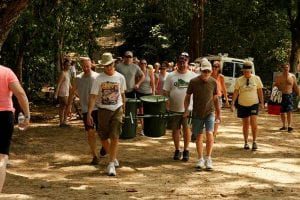 Echeverri said she recently visited Cahuita National Park on the Caribbean to explore the possibility of building a ramp that would allow people in aquatic wheelchairs to actually enter the ocean. She said the group works closely with the National Council of Persons with Disabilities to provide access to national parks for the disabled.

“This means that anyone — a blind person, a person in a wheelchair, someone who is deaf or cannot talk — gets the same experience that someone with all five senses can enjoy,” she said. For example, she said, the group has installed audio stations for the blind and sculptures where the blind can feel the difference between a toucan’s beak and a hummingbird’s beak.

Aronson said ProParques spends between $500,000 and $700,000 a year to support work like this. It also generates contributions of supplies like building materials, and it recruits volunteers, for a total impact of close to $2 million, he said.

“So far this year we’ve taken 4,000 volunteers, both Costa Ricans and foreigners,” said Echeverrí. “For instance, we tell them we need to build a picnic table in Santa Rosa. Or we’re doing a new trail in Braulio Carrillo. So someone donates the wood or the stones that we’re putting in the trail.

“We’ve been able to do a lot of minor projects that have a huge impact.”

For more information, to donate or to volunteer: www.proparques.org