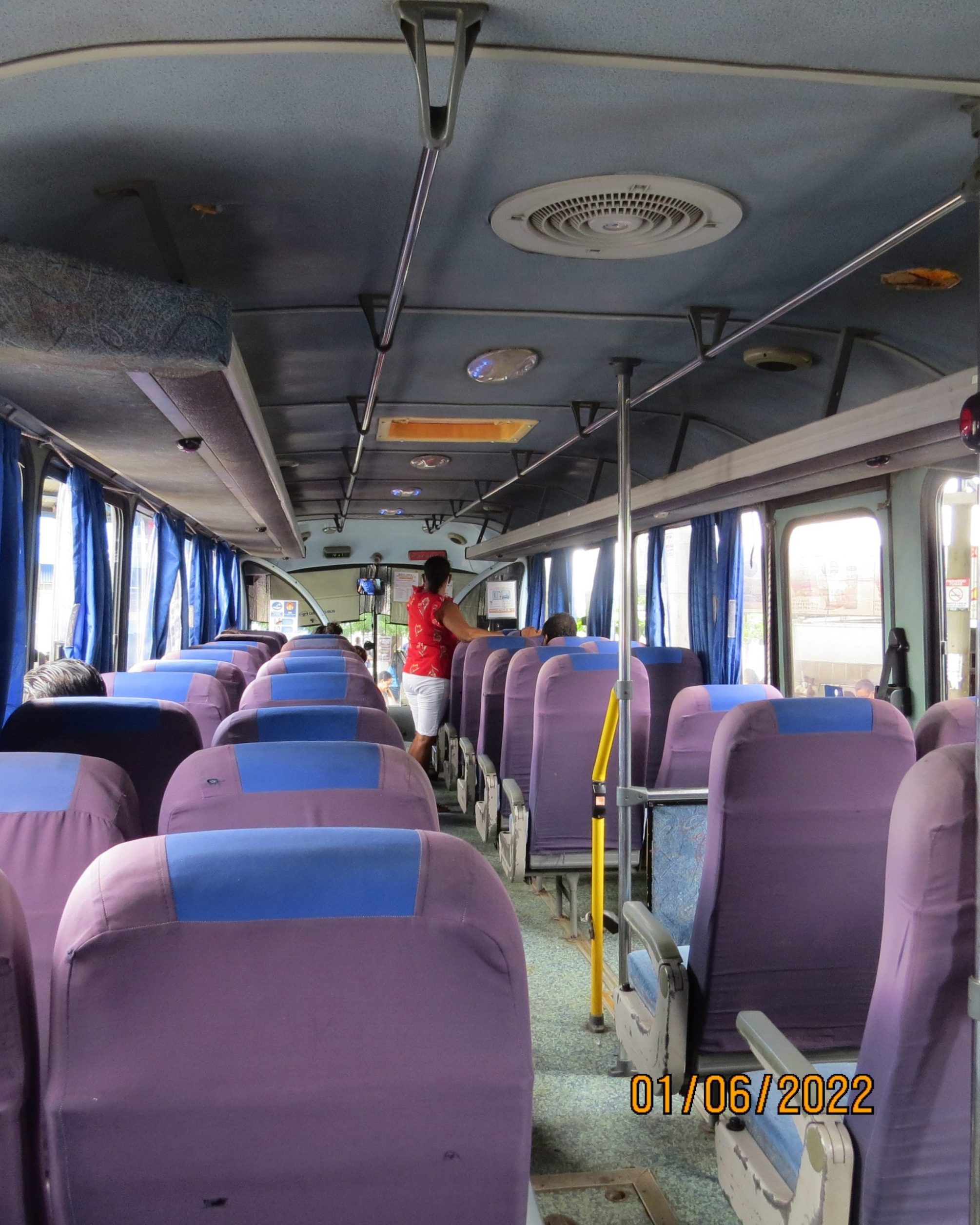 My friend Randy Nelson and I decided that we would take a trip up to Ometepe,  Lake Nicaragua’s largest island. After discussing transportation options to get there, we decided on the local bus and taxis. This was exciting to me as I had never been on a bus in Costa Rica — and in fact, had not been on a local bus anywhere for probably 45 years.

We left the pueblo of Matapalo at about 8 a.m., heading by car to Liberia to catch the bus. Once in Liberia, we found two bus stations. The one next to the Mayca store was not the one for transportation to the border, but a friendly local guided us to another station about four blocks over.

I hopped out of the car and checked the schedule and buses to make sure we were in the right area. After concluding we were, Randy and I parked the car at a hotel for a fee of $7 per day. I would suggest doing this as the security was good there. However, in retrospect, we could have taken the bus all the way from Matapalo to Liberia for about $2.50.

Bus to the border
We got on the local bus displaying “La Cruz and Frontera” on the front. We each paid the $3.50 fee and sat back and relaxed. These buses run about every 45 minutes to the border. Along the way, we picked up a few riders, and without a hitch arrived at the border in about 75 minutes.

Once at the border, we crossed over to the Nicaraguan side, paying all the necessary fees. It was very easy and nothing to be worried about.

Then we were mobbed by taxi operators offering us many different prices to take us to Rivas and the ferry that would take us to the island of Ometepe. We paid one driver $40 for this trip. We found out later that this was a high price. However, it was clean and fast.

Along the way, what really stood out to me was how nice the highway was and that there was no trash on the road. I was looking for it but literally, there was no litter to be seen.

Arriving at the ferry terminal in San Jorge, Rivas, we paid the $1.36 fare in the Nicaraguan currency cordobas. The ferry was small, they crammed many vehicles on with only inches to spare from the sides. The trip across the lake took about an hour. The views of the volcanoes made it a very enjoyable ride.

Upon arrival at the island’s main city, Moyogalpa, we disembarked and searched for a place for lunch. The locals were very helpful but spoke very little English. Once again, I noticed how clean everything was. It was refreshing not seeing trash piled up and litter along the roads.

Our visit to Ometepe just happened to coincide with a festival called Moyogalpa Day. It turned out to be a music and parade celebrating the city and the children. The festivities were in full swing almost all night. Noticeably flanking the area was a police presence. This is normal for a country with a political hold on its people. I noticed a fire truck bearing a Russia / Nicaragua logo.

Randy and I found a couple of bar stools overlooking the parade and fiesta grounds. It was one of the best perches for viewing everything. Of course, we proceeded to have a few beers and dinner.

The parade consisted of children marching. It started with the younger ones and the next group was a little older. There were so many smiles and cute outfits. The most amazing parade highlight came when the Lipizzaner stallions danced by. What beautiful horses! The Caballeros take pride in their horses, grooming them and adorning them to make them stand out.

One funny thing that I noticed right away: Traffic was not stopped for the parade. Cars and buses made their way around or against the participants. I just had to laugh at this; it was so odd to see traffic on a parade route.

It was also very evident to me that the people were very happy and smiling.

Being talkative by nature, I chatted with some locals and befriended one couple, Ida and her husband, David. They provided great conversation and insights about the island and the people living in Nicaragua. Ida and David invited Randy and me for a local’s tour of the island in their vehicle. Time just flew and before we knew it, it was midnight. We had to hit the bed and rest up for our tour the next day. Our hotel was comfortable and priced at just $12 per night for each room.

In the morning we met up with our new friends and began the island tour. Ida and David showed us their favorite spots and gave us a history of Ometepe, its villages, and the resources the island provides. Of course, we stopped at their favorite places for lunch and a few Toñas — the Nicaraguan beer.

It was an enjoyable way to spend the day seeing the island from a local’s perspective. Ida kindly provided us with a taxi contact for our trip back to the border that was priced much better.

Our return trip from Ometepe was just as easy as getting there. The taxi driver that Ida had arranged, Martin, met us as we disembarked the ferry. The return trip to the border was fast and cost us only $20. Of course, we had to stop at the duty free shop to buy some Flor de Caña rum.

I would recommend a weekend trip to Ometepe and other parts of Nicaragua. It is a beautiful country and at no time did I feel unsafe.

Try taking the bus sometime, it is a great experience. You will be amazed at how inexpensive it is for food, drinks, and lodging. Beers at the bars and restaurants are only $1, and the food is very inexpensive too. You can get a delicious meal for $3 to $7.

To arrange taxi service to / from the Nicaraguan border and Ometepe Island ferry, contact Martin on WhatsApp: +505-8664-0085. He will treat you right and prices are reasonable. Let him know HOWLER sent you to get great pricing. 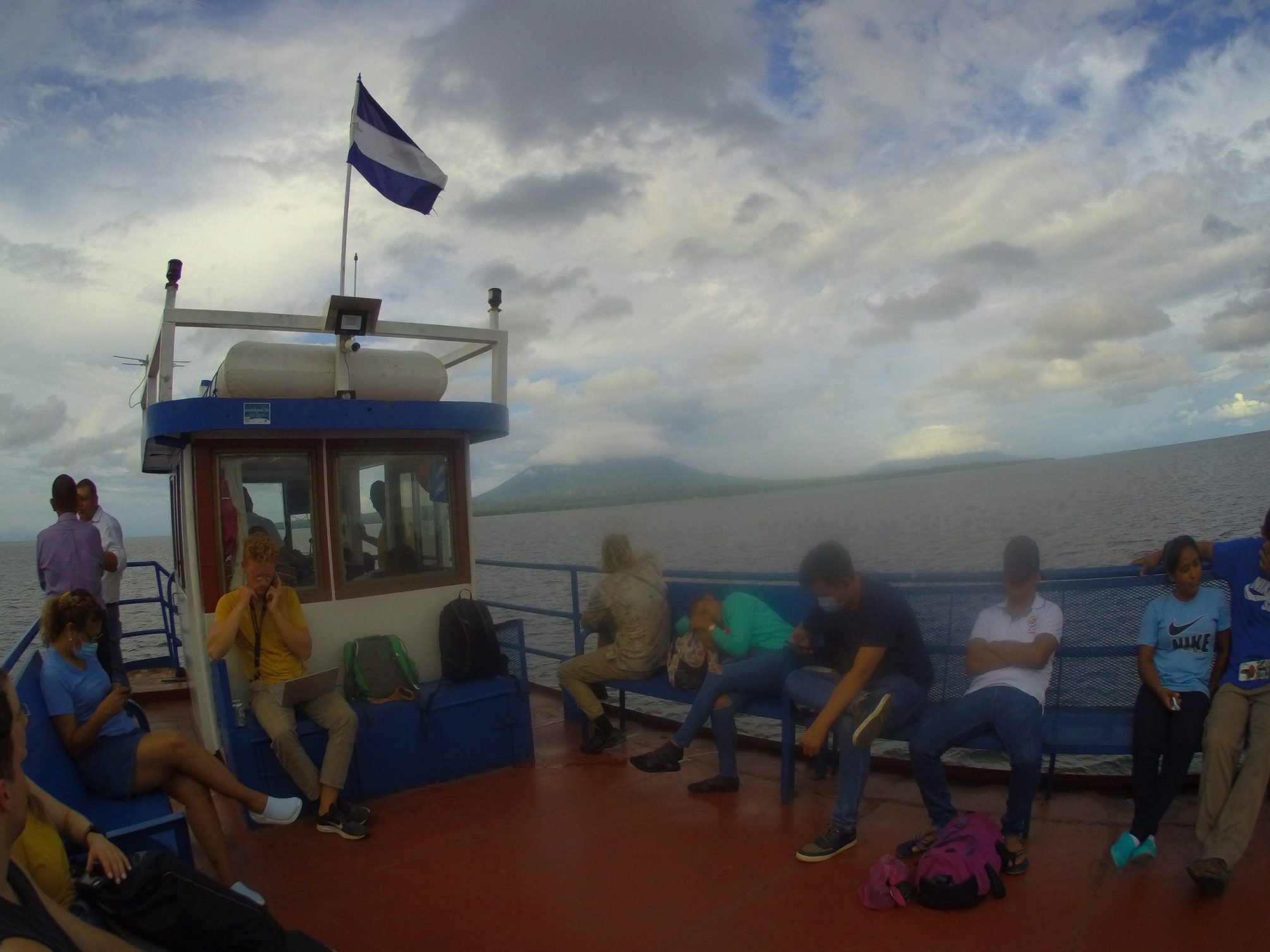 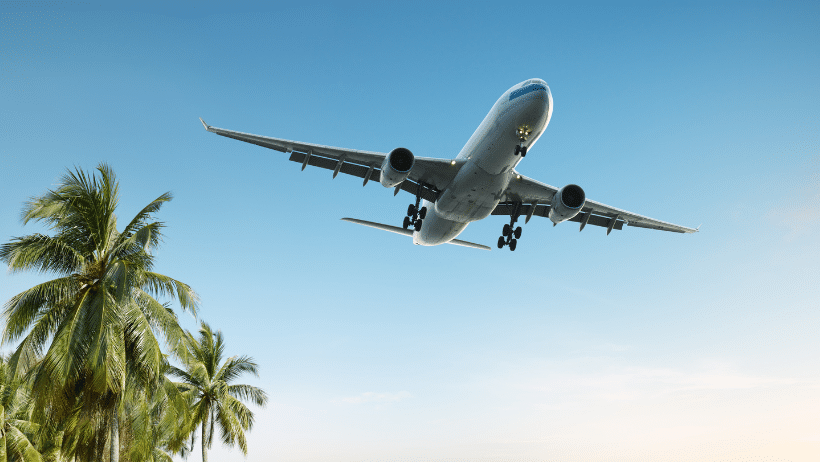 It’s Time to Plan Your Travel 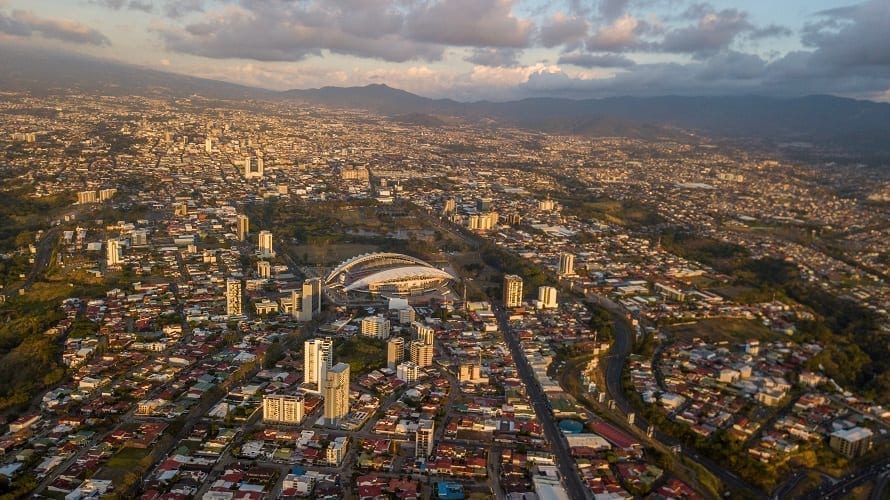