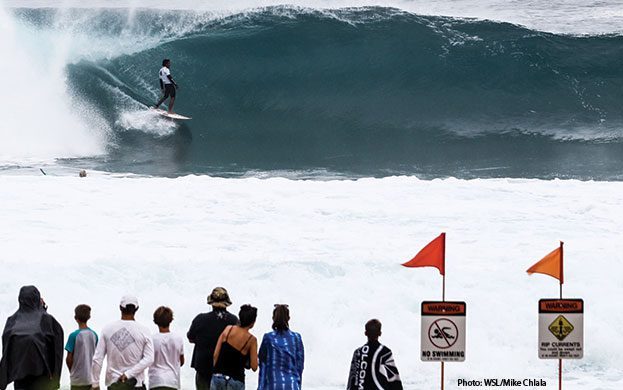 Surfing Costa Rica Profile Malakai Martinez, Photos:WSL/Mike Chlala – When the World Surf League sent out photos from the Banzai Pipeline Pro Juniors Qualifying Series (QS), some of them featured a diminutive figure about to be covered by tubes of 10 to 12 feet. That was Malakai Martínez, whose free surfing experiences during recent winter visits to Hawaii’s North Shore had won him an invitation to participate in the prestigious young surfers’ event. Martinez went on to surf spectacularly in the Pipe Pro Juniors, earning a fourth-place finish in the end.

The final finish was Malakai Martínez’ best QS result to date, although two years ago he won the 14 and Under Grom national championship of North America in California. Earlier that year, he snatched a nice prize for the Best Maneuver at the Quiksilver Young Guns, at a different California break. But, sometimes, Martínez just goes out and paddles into the biggest waves he can find, such as those at Todos Santos, off the coast of Baja, Mexico, and, the smaller, but fun ones, of course at home in Tamarindo. “I love surfing the big waves,” he says. “There is a big difference in these kinds of waves. I don’t have to time to decide what to do. Sure, I had fear in the beginning because I didn’t know what to expect. I learned that big waves are not what I thought. Sure, they were a lot scarier at first, but I realized I needed to just take them on and not think about it too much even though I was nervous. Once out, it was easier for me to process that I was just there, and to just go for it and get on the best ones.”

Malakai Martínez’s surf style is powerful and precise. He stays calm and cool in a heat, and in no hurry. Then he catches that wave he waited for so patiently, and goes off the charts. You could say he makes more airs than most, or in the big ones, just cruises easily inside the barrel. Then, he simply paddles back out to do it all over again.

At 17 years old, this super charger’s national accomplishments already include spots on the top 10 national junior surf team, appearing in places like Hyuga, Japan. At home, Martínez has been the national mini-grommets, grommets, and boys champion. In Guanacaste, he just became the 2018 provincial junior champion.

“I’ve worked hard my whole life: 100 percent dedication, clean living and lots of practice,” Martínez says. “Even when I don’t want to get out there just to train in all conditions, I think I want to be the best, and do this professionally one day — maybe the CT (Championship Tour) — so I go do it.” 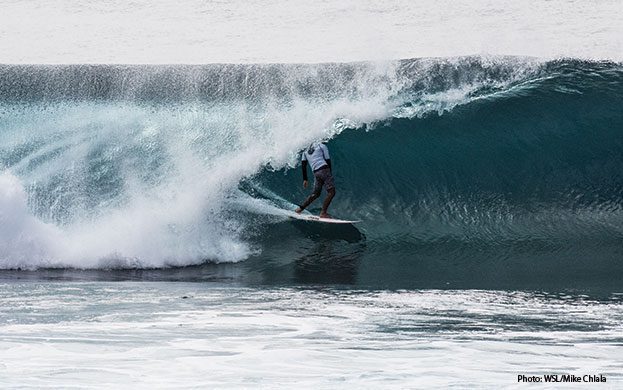