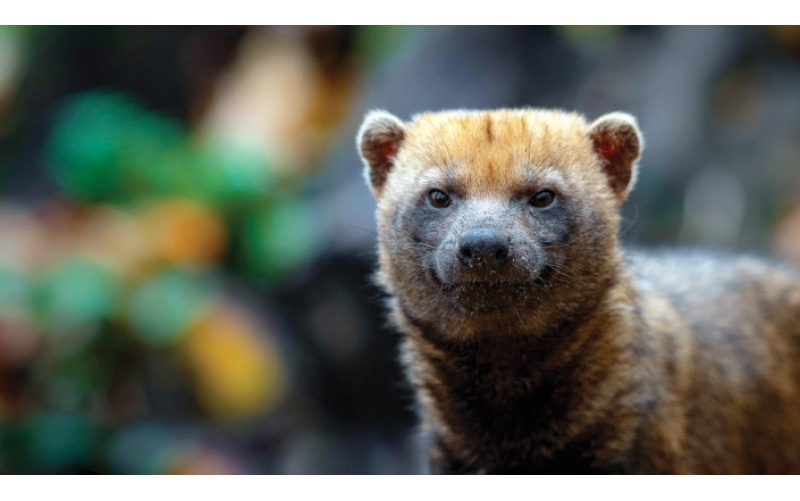 One of our planet’s rarest and most secretive animal species — the bush dog (Speothos venaticus) — was recently discovered on the Pacific slopes of Costa Rica’s Talamanca Mountains, near the Panama border. The BriBri, Cabecar and Ngobe-bugle indigenous people have been saying they have seen these elusive animals for years. It’s no wonder wildlife researchers were astonished to confirm their existence in an area of the Las Tablas Protected Zone that had been under constant study for more than a decade. In March 2016, when Jan Schipper and his colleagues were examining their camera traps, one image out of 16,000 revealed several bush dogs in the heavily-forested montane habitat at 4,900 feet elevation. Schipper, who had been expecting to see jaguars, declared, “It was like Christmas!”

Bush dogs are very reclusive animals that have been around for at least 300,000, a conclusion based only on the existence of fossilized bones found in a Brazilian cave. Even today, due to their natural rareness and cryptic behavior, little is known about these iconic forest dwellers. Through the relatively recent use of digital camera traps, bush dogs have been documented in Panama, Ecuador, Peru, and Brazil to northern Argentina.

That the Costa Rica bush dog sighting is the furthest north on record, means scientists must re-evaluate research data that’s only a few years old. “They were probably there all along but as the Cordillera Talamanca has become an island of habitat in a sea of agriculture,” Dr. Schipper expands on the discovery. “They are now marginalized in the mountains like the jaguar.”

Previous bush dog sightings had been confined to wet tropical forests, swamps and seasonally flooded areas, at elevations never exceeding 600 feet. How the bush dog became established in Costa Rica’s only unfragmented, high mountainous forest remains a mystery, but some wonder if deforestation and reforestation of lands in the isthmus of Costa Rica has something to do with this northern migration.

Bearing some resemblance to an otter, the bush dog is a card-carrying member of the wild canine family, with an estimated average lifespan of around 10 years. Its medium-thick coat ranges from a reddish-brown color on the head to a darker brown body, with a short, thick tail. Pups are born black. Adults are short-legged — 12 inches at shoulder height — but with a proportionately long body (up to 30 inches), and weigh 10 to 18 pounds. This squat stature is ideal for traversing dense jungle underbrush. Bush dogs travel in pairs or hunting packs of up to 12 members, and shun established trails, thus ensuring their secretive lifestyle.

Bush dogs are extremely social by nature. A pack consists of the alpha male and alpha female, which is the only puppy-bearing member (one to six per litter). If pups are present, other females will assist in guarding, carrying and cleaning them. Remaining pack members will bring back portions of a successful hunt for those left behind “puppy-sitting”.

The close social bond among pack members is especially apparent during a hunt. Bush dog prey typically consists of large rodents such as agoutis, pacas and capybara. Although lone bush dogs will also hunt small mammals, lizards, reptiles and ground-nesting birds, the pack collectively makes up for individuals or small groups. Incredibly fierce, bush dogs have been known to attack tapirs, 20 times their size. Half the pack will pursue large prey on land and the others will wait in the water. Bush dogs are terrific swimmers and the only wild dog species with semi-webbed feet. Their unsuspecting prey will usually seek water for refuge, only to meet demise instead. In dense underbrush, bush dogs communicate using many different vocalizations, ultimately through a series of quick puppy-like “yaps” when closing in on their prey.

Individual bush dog packs can occupy a large territory of up to 30 square miles without infringing on another pack’s home range. The diurnal creatures (active during the day) dig or use abandoned armadillo burrows and hollow tree trunks for shelter at night, but sometimes spend half the day denning.

While not directly threatened by human predators, population numbers are indirectly affected by habitat destruction for agriculture and resulting food source elimination. Bush dogs are designated as “Near Threatened” (NT) on the International Union for Conservation of Nature (IUCN) Red List. This is a category for wildlife species that researchers know little or nothing about.

Bush dogs have been bred in several zoos, but with no plans to introduce them elsewhere. 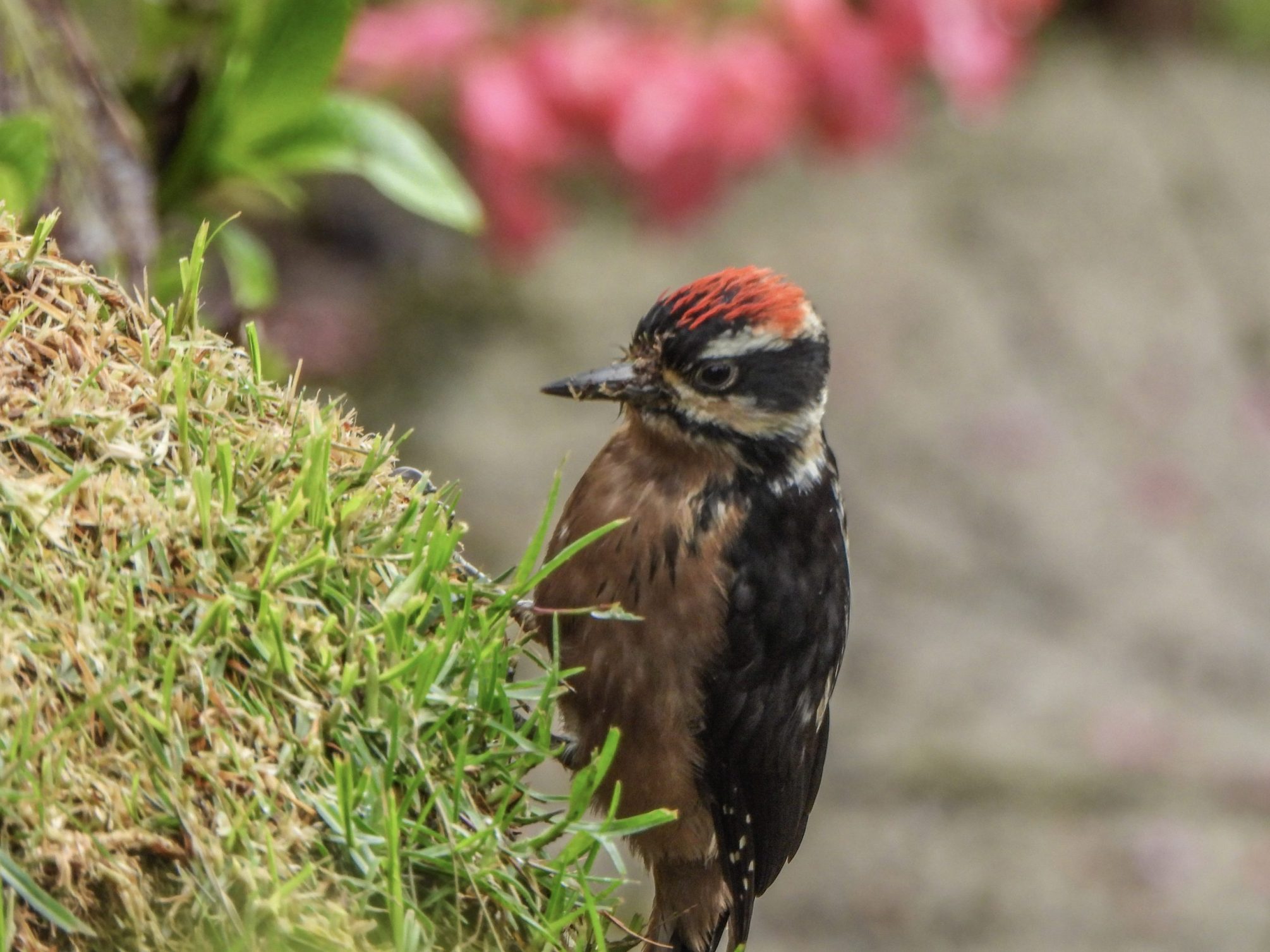 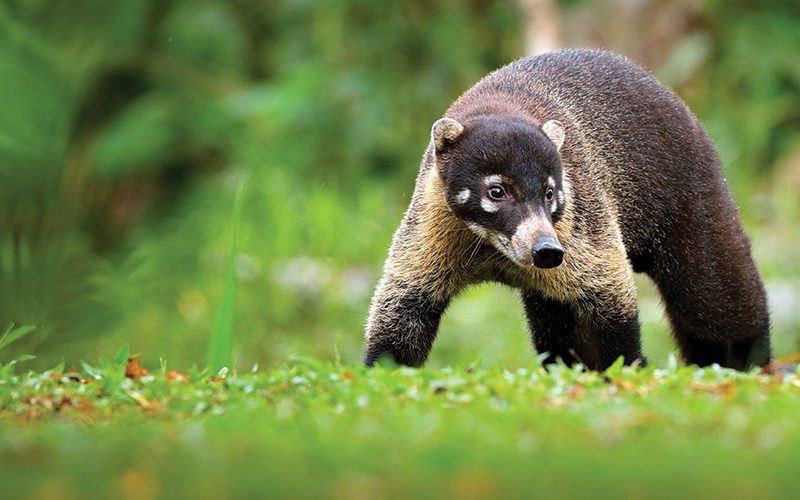