We invite you to look back with us at some snapshots of Costa Rican history — timeless photographs that capture the people, culture, buildings, and events of long ago.

Thanks to the history buffs who have generously posted on various social media pages and publications, these  images and captions take us on a cultural journey spanning more than 140 years.

They help us to realize the rich cultural history of Costa Rica — the hardships, advancements, and the people at the heart of it all, captured with a click of a camera shutter.

Some selected videos are included below.

Pictures from the past in Costa Rica.

Bejarano was a social and religious leader of the Ngöbe people, who held the title of cacique honorifically, after, due to loss of his vision, he had to cede the position to his successor. Despite the visual limitation, Bejarano exercised the practice of his knowledge in natural medicine, making handicrafts and musical instruments, typical of his ethnic group, and fought for the vindication of the rights and culture of his people.

He held the position of cacique for more than 50 years, and was an adviser to the entire town. As he himself commented on some occasion, the indigenous law appointed him as protector of the community and nature.

In 1992, when the Ministry of Culture and Youth awarded the National Prize for Traditional Popular Culture for the first time, the Ngöbe community of Brusmalís, led by Bejarano Palacios, received this recognition.

When we speak of Nicoya, the pre-Columbian city of Costa Rica, we cannot avoid its relationship as the capital of the Chorotega Nation, a vast region populated by the Chorotega indigenous people, a people of Mesoamerican tradition, who lived in the northwestern part of Costa Rica towards the year one thousand two hundred AD.

The Chorotega culture left an important heritage in the Guanacaste region, a culture that over time spread and mixed with the cultural heritage of other indigenous ethnic groups that settled in different regions of Costa Rica.

It is the largest market in the city of San José. Founded in 1880. It was declared Cultural Heritage of Costa Rica for its strong tradition and identity.

The events of this unfortunate tragedy happened unusually. The bus plate PB-358 had ten or more excess passengers, transporting about 70 people. They had just picked up some passengers at the Monseñor Victor Manuel Sanabria Hospital and were heading to downtown Puntarenas. As they approached La Angostura, the narrowest part of the route, the travelers heard a tire burst and the vehicle wobbled. The bus went to the right, where there was no protection fence, it left the road and plunged into the waters of the estuary.

Soon a battle of the passengers for survival began. Some tried to get out through the bus windows. Soon, the news spread throughout Puntarenas, and volunteers arrived to retrieve the bodies. 11 men, 22 women, 6 girls and 10 boys lost their lives. The pain felt by the families of the victims, the widows, the widowers, parents, orphans and orphans is still felt in the country. They will never forget the eternal mark that tragedy left on their lives.

A small tribute to one of the great Costa Rican musicians who passed away in 2021, SOLÓN SIRIAS.

He was born in Lepanto, Puntarenas, in 1929. The environment of marimbas and guitars awakened in the boy a musical inclination that would mark him for the rest of his life. This link between the land and the artist was fundamental in the production of Solón Sirias because in all his work the landscape of the coast, the mountains, the townspeople and, above all, the affection and nostalgia that unites man with its origin.

In the mid-1950s, Sirias moved to San José, where he began his artistic career in nightclubs and radio stations. At the Copacabana cabaret –located then near the Zapote radio station–, he met Rafa Pérez and joined Los Tres Armónicos. The members were Fernando Jiménez Morgan (or Aquilino Morgan, first voice), Rafa Pérez (requinto) and Solón (accompanying guitar). Later, Ronald Alfaro replaced Aquilino and the trio was renamed Los Armónicos.

In the 1970s, Solón Sirias created a small musical group that played at private parties and entertainment centers. The group grew and became Solón Sirias and his Tinaja Brass. Obviously, the name was influenced by a famous American group Herb Alpert and his Tijuana Brass.

In Costa Rica, Tinaja Brass had a tremendous impact thanks to the originality of their arrangements; however, what struck the most was the timbre of that ensemble, a mix of vibraphone, strings, two trumpets and a trombone.

Its main singers, at different times, were Marcos Torres, Rony Soto, Hugo Lino Salas, Quique Guerrero and Enzo Fernando. In some season Quincho Prado was on the saxophone and Alfredo Barboza on the trumpet.

His son, also called Solón and founder of the Expresso group, is a highly successful clarinettist and saxophonist.

Since the beginning of 1899, and for almost 50 years, San José had an electric tram that linked different communities, thus becoming the first means of collective and urban passenger transport in our country.

After its inauguration, it was extended with new branches: La Sabana, San Pedro de Montes de Oca, Guadalupe and San José Centro. However, the tram was displaced by buses and made its last run on August 1, 1950.

This was a means of urban transport that also existed in Cartago. One went from the Cemetery to San Rafael de Oreamuno and the other left the railway station, passing through the Courts of Justice and the Fello Meza stadium, until reaching Agua Caliente.

In the mid-1980s, a project arose to develop a tramway in San José that would connect Pavas, Sabana Centro, San Pedro and Curridabat, through an agreement with the French government; however, that initiative did not prosper.

the works on the railroad to the Pacific had been completed, and Costa Rica fulfilled its dream of having rails and sleepers cross the country.

Gone were decades of illusions and frustrated attempts. That day at the end of July, with the laying of the last rail of the road to the Pacific, Costa Rica reached the goal of having a railway line that crossed its bowels from ocean to ocean.

In 1926 the decree for the electrification of the line was signed, and the company Allgemeine Elektricitäts-Gesellschaft was contracted for this process, including the construction of a small hydroelectric plant in Tacares. The electrified line comes into operation in April 1930.

The services of this line are canceled in 1995 during the administration of José María Figueres Olsen, because the Incofer is closed by Decree SCD-106-95 of June 28.

In 1897, National School of Fine Arts

On August 17 of the same year, the Spanish painter Mr. Tomás Povedano de Arcos was named in the Directorate, who will base the teaching at the School on a strong academic basis, also contributing with his trade as a painter, an artistic legacy that still lasts. Don Tomás will be the director of the School for more than forty years, as well as the bastion that kept it firm in the moments of economic and political crisis that the country -and the whole world- experienced during the first half of the twentieth century.

Don Tomás remains director of the National School of Fine Arts until 1940, when the institution becomes part of the University of Costa Rica.

Skilled artist, he left a large number of works such as portraits of some of the most important politicians and figures of national society, landscapes, illustrations and paintings of the national flora such as orchids.

on horseback in front of the old Basilica of Los Angeles in Cartago.

This church was destroyed in the Santa Monica earthquake of 1910. The current one was built on the same site.

Dr. Pirie was an outstanding doctor who also promoted charitable institutions in Cartago, collaborated with the foundation of the first public service institutions in this city, actively participated in the administrative and technical organization of the hospital, the construction of the Municipal Market and the installation of the Neighborhood Board that founded the first electricity company.

was born in Jersey (English Channel, belonging to England), who was the first director of the College for Ladies from 1888 to 1908, where she also taught English.

Of Protestant religion, at the age of fourteen he moved to New York, where he finished his studies.

She arrived in Costa Rica in 1872 (with her sister Ada) as a governess for the daughters of former Salvadoran President Rafael Zaldívar; She was the political sister of Mauro Fernández, Secretary of Public Instruction.

It also had a private school which it kept open until 1886.

It was she who provided the organization for the College and the first teaching plans, divided into two sections: Literary and Pedagogy. “In this last section, the students could aspire to the diplomas of teacher of primary education or teacher of superior primary education”.

She participated in the Sociedad La Gota de Leche, a social assistance organization founded in 1913 with the purpose of improving the nutrition of the poorest children, supported by the feminists of the time.

An image that evokes how the locals lived at that time. Simplicity, poverty, deficiencies.

Beautiful image of how families lived at that time in Limón.

An example of the excellent architecture of those times, the houses were supported on pillars, isolating the floor from moisture and making it better ventilated in summer. Too bad that Costa Rica lost that type of architecture typical of the Caribbean. 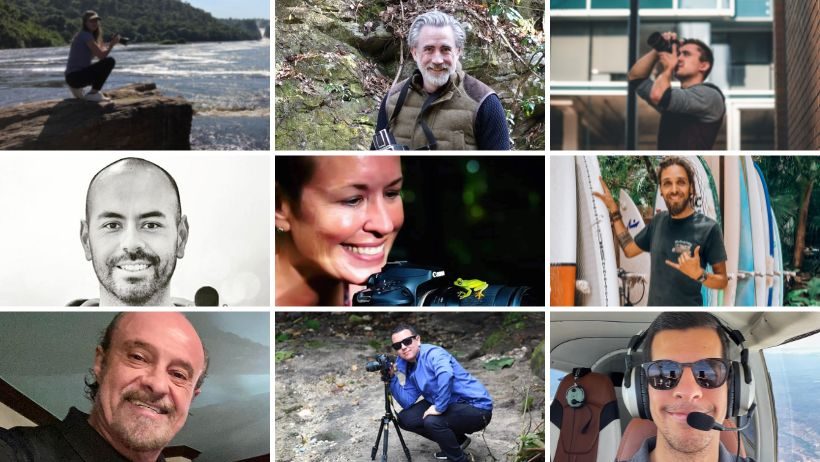