Rarely a person come along that has an immediate positive effect on the world around them. Steve Bakunas is that guy. Steve is an artist, musician, actor, activist, world traveler and philanthropist. He and his wife have just purchased a home in Guanacaste, and his story is worth relating. Steve’s resume of life experience reads like a grab bag of antidotes… born in 1957 in Milford, Connecticut, he enjoyed a typical childhood surrounded by 1 brother and all of 7 sisters. After his father’s untimely passing when he was 13, the house was full of girls and Steve, at the ripe age of 16, felt the need to “broaden my perspective”, and bravely ventured out on his own. His enterprising spirit and sense of adventure produced a laundry list of unusual vocations, such as driving a limo for the Grateful Dead, selling used cars, tending bar, becoming an upholsterer, and at 21, he actually traveled with a circus. He even lived in a religious cult for 5 years… seriously, you can’t make this stuff up! And if any of those nuggets didn’t raise an eyebrow, in 2005 he tied the knot with the love of his life, Linda Lavin, who is better known as Alice on the 70’s sitcom ‘Mel’s Diner’. Yes… Alice! Endless energy fuels Steven’s constant quest to find what he calls, “the thing”

Throughout Steve’s life, he always gravitated toward the arts, activism, adventure and creativity. And though he did not expound on the exact definition of that “thing”, this writer got the impression it was equal parts gratification in his artistic endeavors, and genuine philanthropy. Steve revealed, “I’m always surprising myself with dormant talent. We tend to sabotage ourselves by saying, ‘oh, I can’t do that’, but with minimal training you can get the ball rolling and often, you will realize that you CAN do that.” This idea is fed by Steve’s belief that you should always be trying new things in life, and at any time in life… read into… ‘you’re never too old’. This often fills his calendar to the point of distraction where he cautions, “but you must always strive to stay balanced with your occupational diversity.” Somehow, he’s managed keep that balance while maintaining a very hectic lifestyle: opened the Red Barn Studio Theatre in North Carolina in 2007 where they wrote, produced and performed in productions for local audiences; in 2017, they built The Country Suites, a Bed & Breakfast hotel in Spencertown, upstate New York, which has recently been rented by the county to serve as a quarantine center during the Covid crisis; Steve was a jazz drummer for Linda’s cabaret show; he’s put on art exhibits featuring his original paintings; bought 8 abandoned houses in a bad neighborhood, tore down 2 and remodeled 6, then donated one of their properties to the town where they built a public park; bought an old repair garage in the same neighborhood and turned it into a theatre; both were cast in a Broadway play written by Carol Burnett and directed by Hal Prince. It’s exhausting just to write it all down, but this list is not meant to be braggadocios, but more to demonstrate the breadth and pace of Steve’s approach to his life’s work. Even between all these endeavors, they continued to explore art, music and theatre and anything else that feeds their creative and philanthropic souls, while traveling around the world.

In 2019, Steve and Linda’s theatre chops landed them on a cruise ship to Ecuador as performers in the small theatre on board. The ship pit-stopped in Puntarenas where they disembarked to reconnect with their son Jim and his wife Christa who settled in Huacas some time ago and established the Journey Private School. After years traversing the US, splitting time between homes in New York and Los Angeles, they both felt a yearning for a less hectic, non-urban lifestyle. So, this stop served as a good opportunity to explore the possibility of Costa Rica. It didn’t take long before they both realized, “wow I really want to be here” which most of us can very much relate to. With that, Steve made his plans to return to Costa Rica in October of 2019 while Linda remained in New York to continue her collaboration with Sarah Silverman on her original play.

Upon his return, Steve quickly surmised that the Tamarindo area was ripe with all that he and Linda were looking for in a non-urban lifestyle… small town, beach, activities, music, food… so he bought a condo in Langosta and embarked on his quest to assimilate into the local culture. At the ripe age of 62, it was, indeed, time to move on to the next new “thing”.

The first thing he did was take Spanish lessons and is quite proud that he’s getting good at it quickly. Then he got involved with volunteer activism with with ADI Tamarindo, helping the homeless and families in need, he organized the effort to clean up the skate park in Tamarindo and painted the lifeguard station while utilizing and compensating homeless workers. He even embarked on the lofty task of repairing the infamously terrible road to Langosta, employing the help of his homeless friends that were more than happy to chip in. This endeavor earned him the moniker, “The Minister of Road Repair”. In a few short weeks, Steve had contributed more to this community than most ex-pats who have been here for 20 years.

“Grass roots activism is the best way to get the feel of a new community, get to know the culture and customs,and make lots of new friends.” Linda, his wife, came down and joined him for the holidays, and, given more time to let the Pura Vida settle in, just completely fell in love with Costa Rica. They both returned to New York thereafter to fulfill other obligations, right around the time the Covid crisis was getting serious. And never was that more apparent than when Linda was informed that her play was put on hold because the musical composer died of the virus. Linda remained in New York while Steven scrambled back to Guanacaste to get in under the inevitable travel ban and subsequent lock down.

Steve and Linda both lead very busy and fulfilling lives that take them all over the map, usually together, but often separately. So, they established the 2-week rule. “Because of all our traveling, we made a promised to each other that we would never be apart for more than 2 weeks… ever.” Unfortunately, Covid had different ideas, and as of this writing, Steve remains here in Costa Rica while Linda remains in New York due to border closures. So as Steve continues to bide his time here in Guanacaste to ride out the Covid storm without his wife, soon they will reunite to pursue this next “thing” in their lives together, which is what draws most ex-pats to this magical place. The difference being that with this pair, they bring far more to the table than they take. Welcome to the neighborhood! 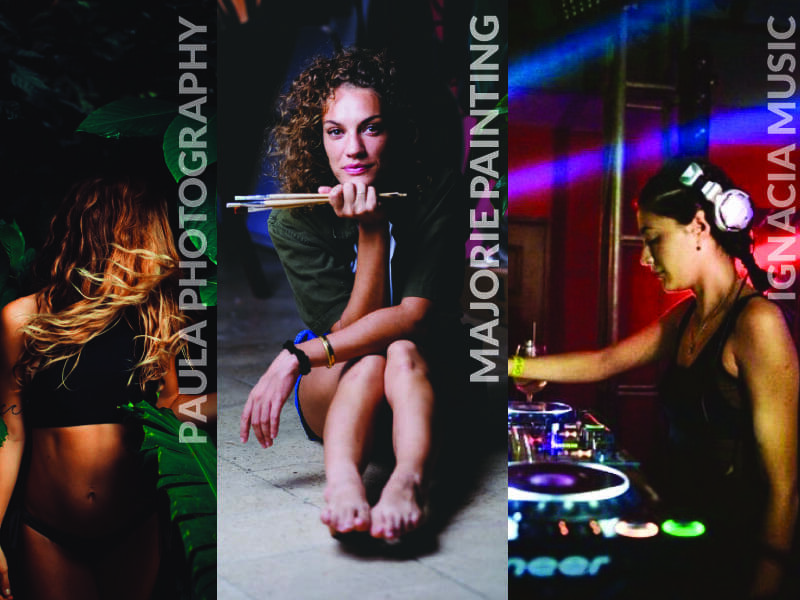