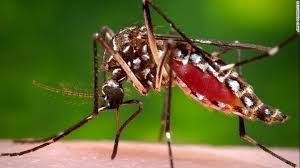 When the Spanish first dropped off colonists on the shores of Costa Rica back in 1524 the newcomers soon discovered that beaches were full of bugs and all sorts of unpleasant diseases which, as it turned out, weren’t happening up in the mountains. The settlers wisely headed up that way and for the next four hundred years or so prudently avoided the beaches.
As it turned out most of the arrivals of the last half century chose to reclaim and rehabilitate the beach areas and made great advances in the development of condominiums and Bed and Breakfasts and hopes that the diseases would just disappear.
Which they haven’t. Since my wife and I started living here in the waning years of the previous millennium we’ve managed to survive the very survivable, but nonetheless very unpleasant Dengue Fever as well as many bouts of the “Gripe” or Costa Rican flu.
Word got out after I had to cancel one of our Jam Sessions at Pasatiempo that I had dengue, which if that was the case it would have been my second time around and I probably wouldn’t be writing this column at all.
After a few years, Susan and I started getting yearly flu shots which seemed to hold the dreaded
“Gripe” at bay, but whatever this year’s bug is it just laughed at the serum and went its merry way!
My sympathies to all my fellow sufferers who hopefully are totally over it by the time you read this.

AH HA! That subtitle gotcha didn’t it! Now calm down, it’s not what you think it might be.
If you check either my Costa Rican Cedula or my United States Passport you see it’s made out to: Jesse Bishop GAY III, with a similar last name appearing on Susan’s appropriate documentation. For reasons covered in previous columns neither of us uses our last name professionally, nonetheless we are one of the few Straight Gay married couples in residence in this part of the world.
So what have we got against nature? COMAGEN! (With a soft G).
At least that’s how I think it’s spelled. They are the termite family insects that build the little dirt tunnels up and down both indoor and outside walls, plants, furniture etc. In the painstaking research that I usually do for this column I was going to impress you with the scientific name, something like “taxonomic rank of infraorder Isoptera”, but as it turns out I couldn’t find it even mentioned on the insecticide used to combat them, “DRAGNET”, which you gotta admit is a pretty macho name.
I assume comagen is the local name for the termites, and that there are a lot more of them than there are of us. This isn’t the first year we’ve had to deal with them. It has been suggested that the greater part of Playa Langosta is built on top of one humongous termite nest, and they’re just one of the many things to deal with in the wonderful world of house maintenance.
Maybe it’s the fact that we’ve just had our first real rainy season in many years that has caused the tunnel producing pests to start building with a vengeance. If you’re lucky you can catch them swarming in the open before they’ve started the tunnel process and then spray ‘em down, much easier than cleaning up the trails left by a destroyed tunnel.
So every morning we wake up and begin that day’s comagen search, outside or inside the house, coming out of wall electric sockets or maybe where the plumbing hits the sinks, we even found them trying to start something in our wooden knife holder.
Now it’s no secret that if you don’t like bugs maybe you should try some other country. If possible you can learn to coexist with the several hundred species you’re probably sharing your house with.
However, reasoning with the comagen doesn’t seem to work, so we’ve got plenty of Dragnet and a brand new sprayer. It’s been several days since we’ve last seen them assaulting the house but we know they’re out there just waiting…….. and so are we.

Since this is the HOWLER December issue we should mention the recently passed holiday of Thanksgiving, both Canadian and US, as well as the upcoming Christmas holidays, which Costa Ricans have been preparing for since late September.
Canadians have their Thanksgiving several weeks before their neighbors to the south, thus giving them a jump on purchasing the few Costa Rican turkeys that are allotted to Guanacaste province. By the time the US holiday comes around the only turkeys left are the gigantic preservative filled frozen ones still found in your local Super, usually going for around ninety dollars.
We have also seen the recently introduced “POLLOS NAVIDAD” that seem to be too big to be an actual chicken and too small for a turkey, perhaps the result of some bizarre poultry genetic experiment.
As for Christmas I’m still deciding if it’ll be a “Bah Humbug” one for us or a “Fa La La La La”.
It depends on your present. 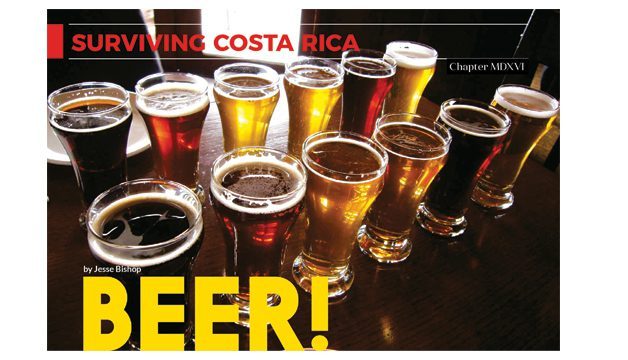