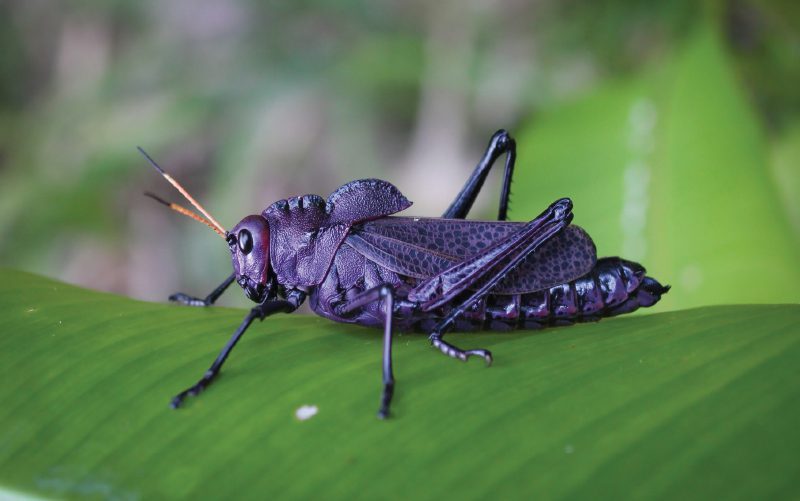 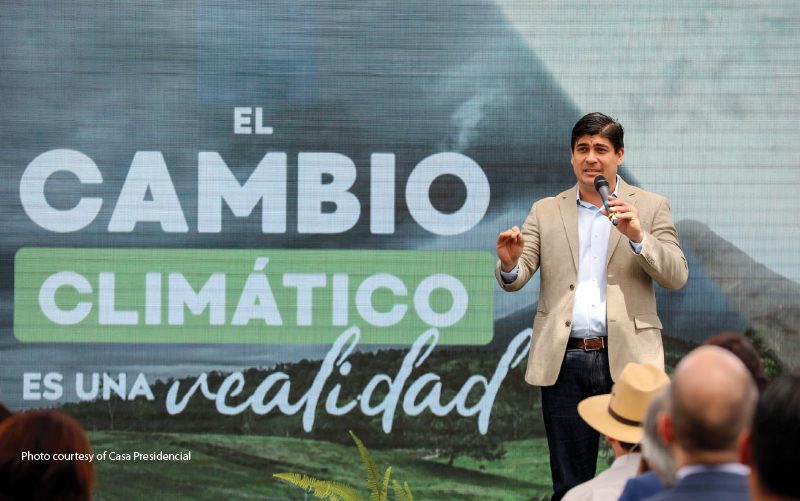 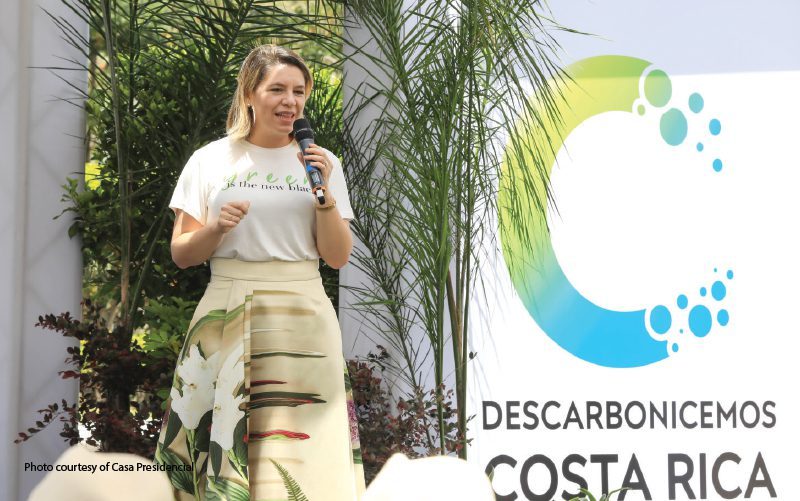 Earth Day is observed on April 22 each year in many countries. The purpose is to bring people together to understand the importance of protecting our natural resources and the catastrophic consequences of not doing so. It dates back to 1970, after California Senator Gaylord Nelson witnessed the ravages of a massive oil spill in Santa Barbara. Moved by this devastating event, Nelson managed to place the environmental protection topic onto the political agenda through a national educational discussion, first held on April 22, 1970.

This inaugural Earth Day galvanized 20 million Americans to take a stand on environmental issues. Groups that had been fighting separate battles against oil spills, polluting factories, power plants, raw sewage, toxic dumps, pesticides, freeways, the loss of wilderness, and the extinction of wildlife found a common ground. Early success from the milestone event led to the creation of the United States Environmental Protection Agency and the passage of the Clean Air, Clean Water, and Endangered Species Acts. Through these ground-breaking initiatives, Earth Day is now celebrated in over 180 countries worldwide. 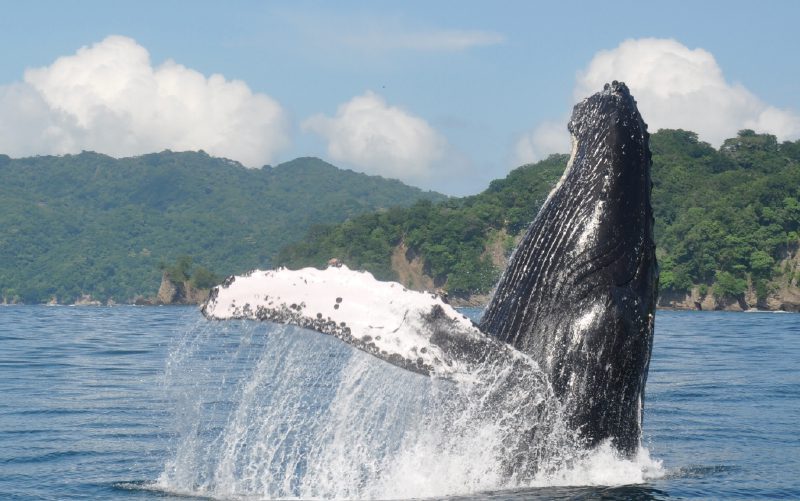 Costa Rica’s conservation efforts
to protect its biodiversity
have been a model for the world.

Earth Day “Protect Our Species.” It aims to raise awareness about the millions of species around the world that are in distress. The great culprit is reckless human activity with negative effects posing impending danger to all living things: habitat loss, poaching and illegal trafficking of animals, deforestation and pollution just to name a few.

According to data from the World Wide Fund for Nature (WWF), the number of animals on land has decreased by 40 percent since 1970. Marine life has also fallen by 40 percent and insect populations have declined by 75 percent in some parts of the world — a wake-up call for everyone. Undoubtedly, advocacy to protect our planet’s species must be at the forefront of each country’s efforts.

Costa Rica is home to four percent of the world’s species. With 615 animal species per 10,000 square miles, that’s a big deal, isn’t it?

This year’s Earth Day theme focuses on six species and you will find four of them in Costa Rica: bees, coral reefs, insects and whales. Fortunately, Costa Rica’s conservation efforts to protect its biodiversity have been a model for the world. In fact, this goes back to 1828, when government agencies here were assigned the task of fighting for the conservation and reforestation of mountains and plantations. 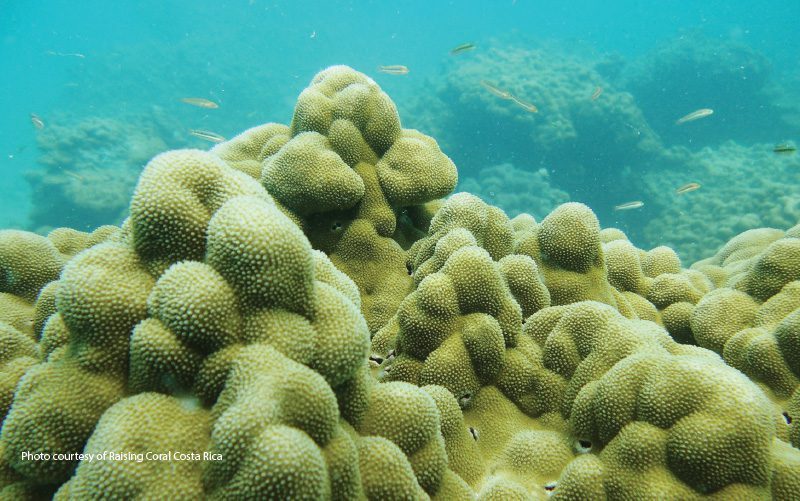 Costa Rica, for decades, has made impressive environmental advances, including 95 percent carbon-free emission on its electricity production. Progress in recent decades has seen very little deforestation, with total forest coverage exceeding 52 percent of the nation’s terrain.

Today, Costa Rica again is at the forefront of making a change. With the bicentennial government in place, President Carlos Alvarado Quesada and First Lady Claudia Dobles have made this a priority by signing a Decrete (Oficialización del Plan Nacional de Descarbonización). This formalizes plans to abolish the use of fossil fuels and generate a green economy for the world to see and the people of Costa Rica to enjoy. On February 24, 2019, President Alvarado presented the National Plan to Decarbonize 2018-2050 (photo page 14). More than 300 national and international leaders witnessed this watershed event, shining the world spotlight on a national initiative that will push forward a modern economy. Besides generating employment, it will increase economic growth based on the so-called 3D model: decarbonizing, digitalizing, and decentralizing electric production. With Costa Rica’s commitment to reduce gas emissions and avoid the greenhouse effect comes participation in worldwide efforts to prevent global temperatures from increasing relative to pre-industrial climate conditions. 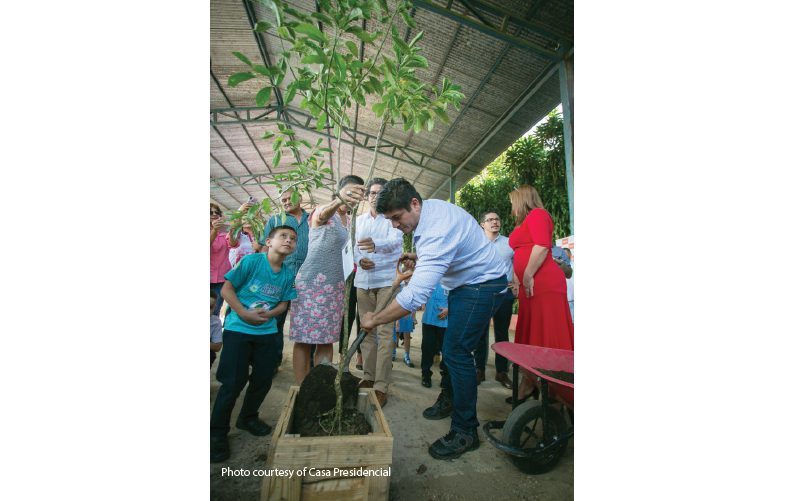 Every living thing on earth plays a remarkable ecological role, from delicate bees to the largest animals — whales. From microscopic insects to coral reefs, all species form an intricately woven system of collaboration in the complex web of life. All are worthy of our protection in ways that make a difference.

Over the past 50 years, nations with ever-more compelling evidence of urgency to act have commemorated Earth Day. It’s an occasion for educating young and old citizens alike on the impact they can have. Short- and long-term investments of time and effort, however small as individuals, will make the world a better place. 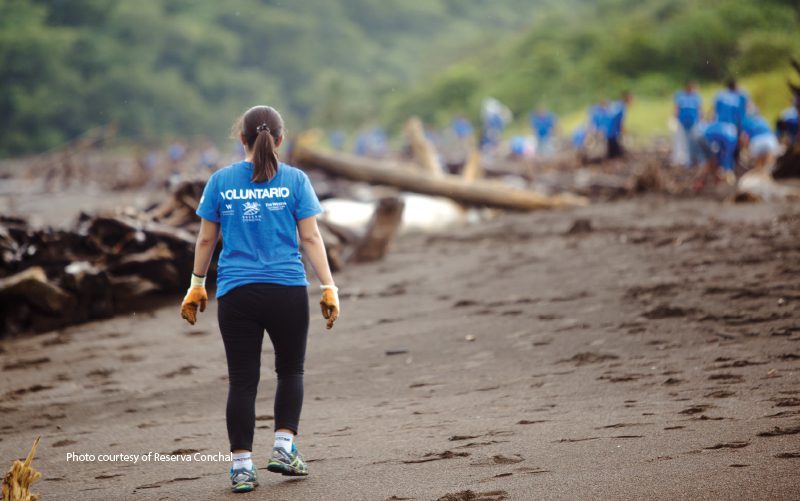 What Good Can I Do?

Each one of us can make a significant change to protect the earth, even acting alone. All it takes is to be mindful that WE as individuals are part of these greater efforts to save our species. We can add a grain of sand by being involved in our own smaller world.

Conserve water. Take shorter showers and turn water off while brushing your teeth.

Wash your clothes with cold water.

Cut back on plastic consumption. Recycle,

reuse and reduce. Do not use single-use plastics such as plastic bags, straws or

Pick up garbage whenever possible, at the beach and during your walks everywhere.

Carpool whenever possible, use public transportation, ride a bike or walk.

Use energy-efficient appliances, and use your dishwasher only when it’s full. 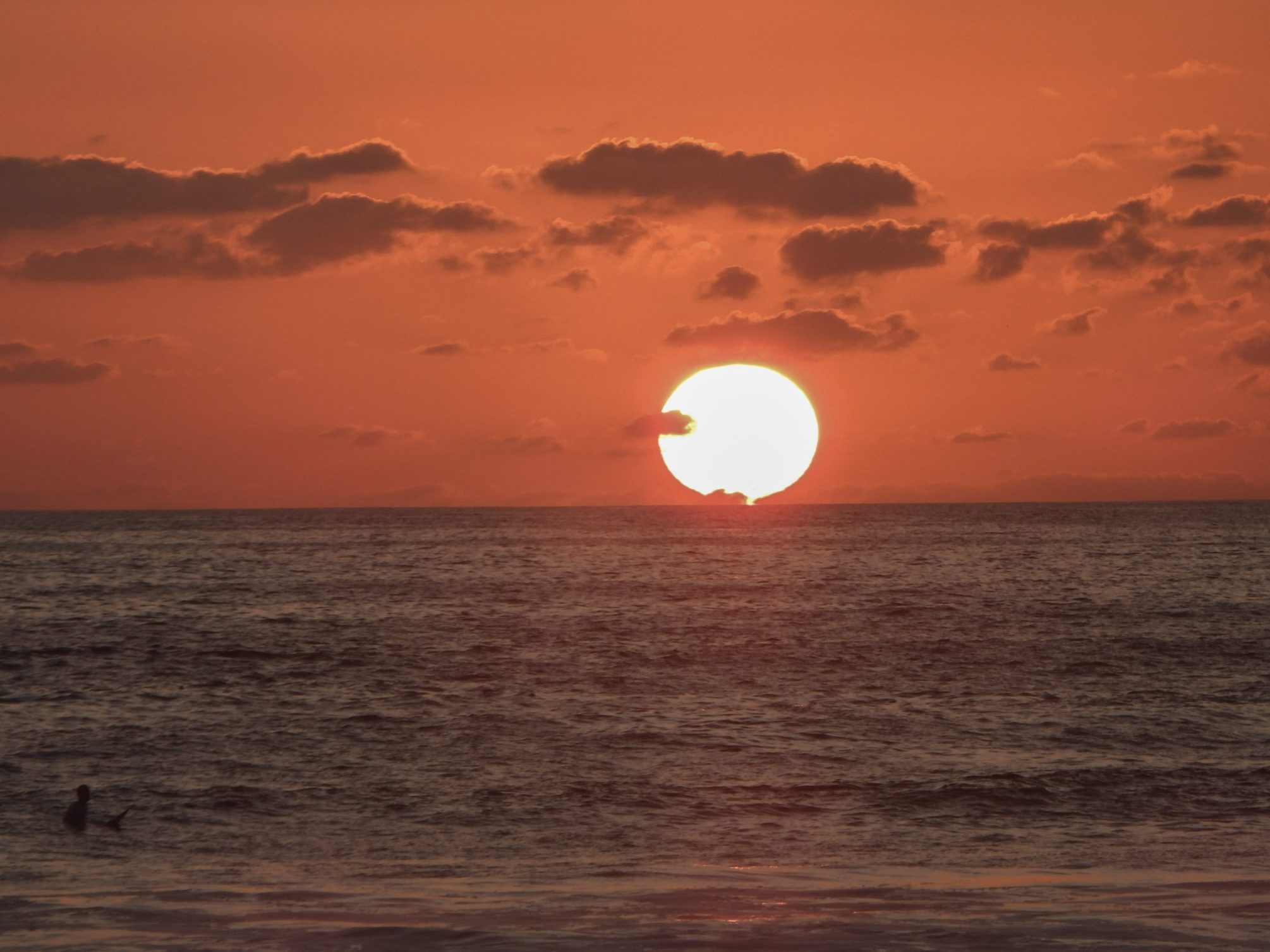 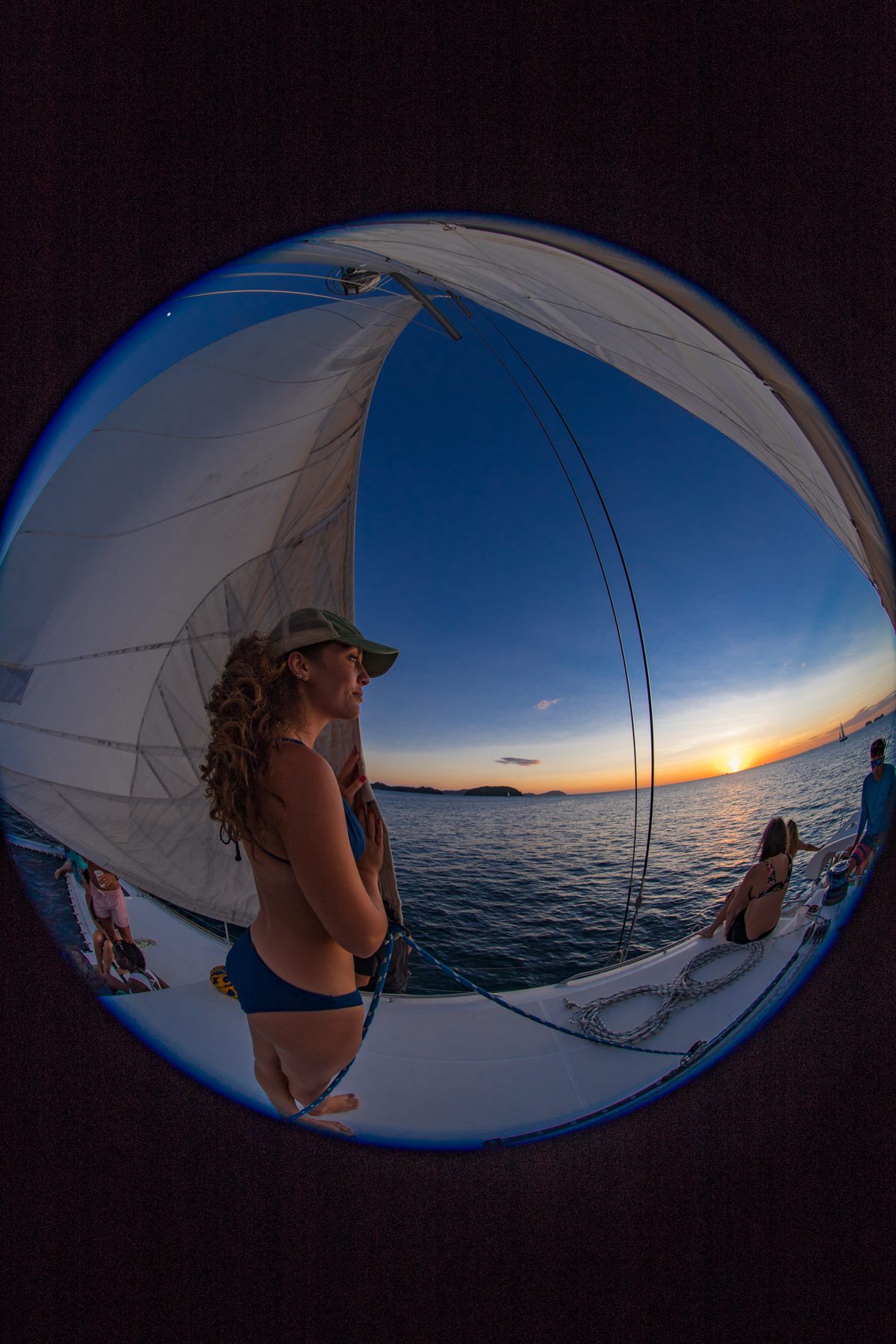