Waves are nothing more than traveling vessels of energy. Born from strong winds blowing in all corners of the planet, ocean waves traverse thousands of miles through open water just to come crashing down for our enjoyment. Aside from the visual aesthetics of watching perfectly peeling waves, an experienced surfer can also obtain detailed information about a wave’s origin just by observing a few specific qualities in the surf zone.

In terms of surf destinations, Costa Rica certainly ranks among the leaders worldwide. With the all-year consistency of water conditions, a variety of surf spots, perfect climate, and overall wave quality, it’s almost impossible not to score the best waves of your life here. Swells are a key factor. Let’s look at Costa Rica’s swell producers, when each of these events occurs and some Howler insider tips to aid your search for the next perfect wave.

These are the swells that provide Costa Rica with consistent surf throughout most of the year, making it a year-round surf destination. Because there are no significant landmasses blocking the howling winds of the South Pacific, major storms can swirl at the low latitudes for several days, giving us extended swell events (three to five days) with long-period wave energy (14 to 22 seconds). Although you can catch these SPAC swells throughout the year, your best chance for catching “The Big One” is between June and September. During these months, surfers can expect a diurnal wind pattern each day with offshore winds in the morning, light onshore breezes during the day, and an evening glass-off for sunset. South Pacific swells can come from a range of directions and angles — 170° to 240°.

Insider tip: To light up Tamarindo, the swell needs to be greater than 210°. Beaches with direct south exposure receive more of this swell energy. Playa Grande is an example. 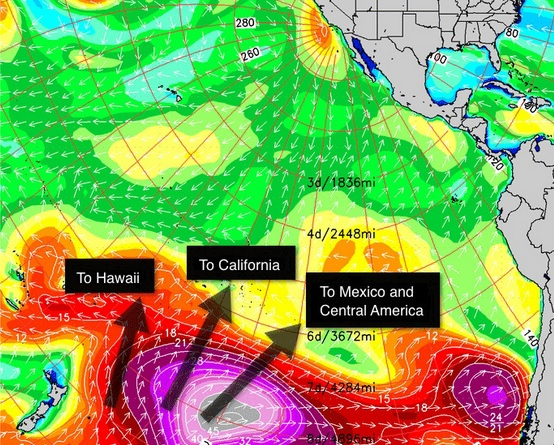 Costa Rica has never been known for hurricanes until Hurricane Otto passed over in November 2016 and Tropical Storm Nate in October 2017. During the peak months of the Pacific hurricane season, tropical cyclones off the coast of Mexico will send a quick shot of medium-period swell (10 to 14 seconds) in our direction.

This only happens a few times a year, but when a nice pulse of northwesterly hurricane swell impacts the region, most beaches can expect fun, peaky waves along the coast. Furthermore, hidden nooks and crannies that you would never think to check will light up unexpectedly with the unique swell angle (280° to 310°). The wind this time of year can be a bit more unpredictable, but there is usually a favorable window in the morning, and sometimes during the day with a passing shower. When all the elements align, these can be some of the best swell events of the year.

Insider tip: Head to a beach break with a wide swell window that can pick up northerly and southerly swells for peaky, powerful waves. Avellanas is an example.

As the seasons change and South Pacific swell energy slows down a bit, the north Pacific bounces back to life and produces some of the largest Pacific Ocean wave heights of the year. Whenever there is an extra-large swell that rolls through Hawaii, Costa Rica can expect long-period swell (15 to 24 seconds) to arrive three or four days later. These swells are a bit more fickle, but when they do come, they are usually met with our summertime offshore winds and pristine conditions. The unique northwesterly swell angle (280° to 300°), long-period energy and offshore wind combination, can provide some of the best surf sessions all year. Insider tip: When these swells happen, there is no need to leave Tamarindo

The narrowest part of Mexico that connects the Pacific to the Caribbean is known as the Tehuano wind gap. Separated by mountains on either side, this valley has been known to produce hurricane force winds and some pretty sizable ocean conditions right offshore. Whenever a strong cold front passes to the north, strong winds funnel through the valley and meet the ocean on the other side.

Lucky for us, northern Costa Rica is perfectly exposed to this abnormally steep-angled swell (300° plus). When this happens, our beaches will pick up a quick northerly pulse that can add an extra foot or so to an underlying swell. Since the Nicoya Peninsula protrudes from the coastline, many locations to our south will not feel any energy at all while spots with northerly exposure will pick up a punchy dose of medium-period swell (10 to 13 seconds). Sometimes, when the waves get a bit smaller, a swell like this can be the saving grace for surfers looking for crossed-up peaks.

Insider tip: Look for these swells yourself. Most forecasting sites will not register incoming swells.  But trust me … they do happen and are super fun! 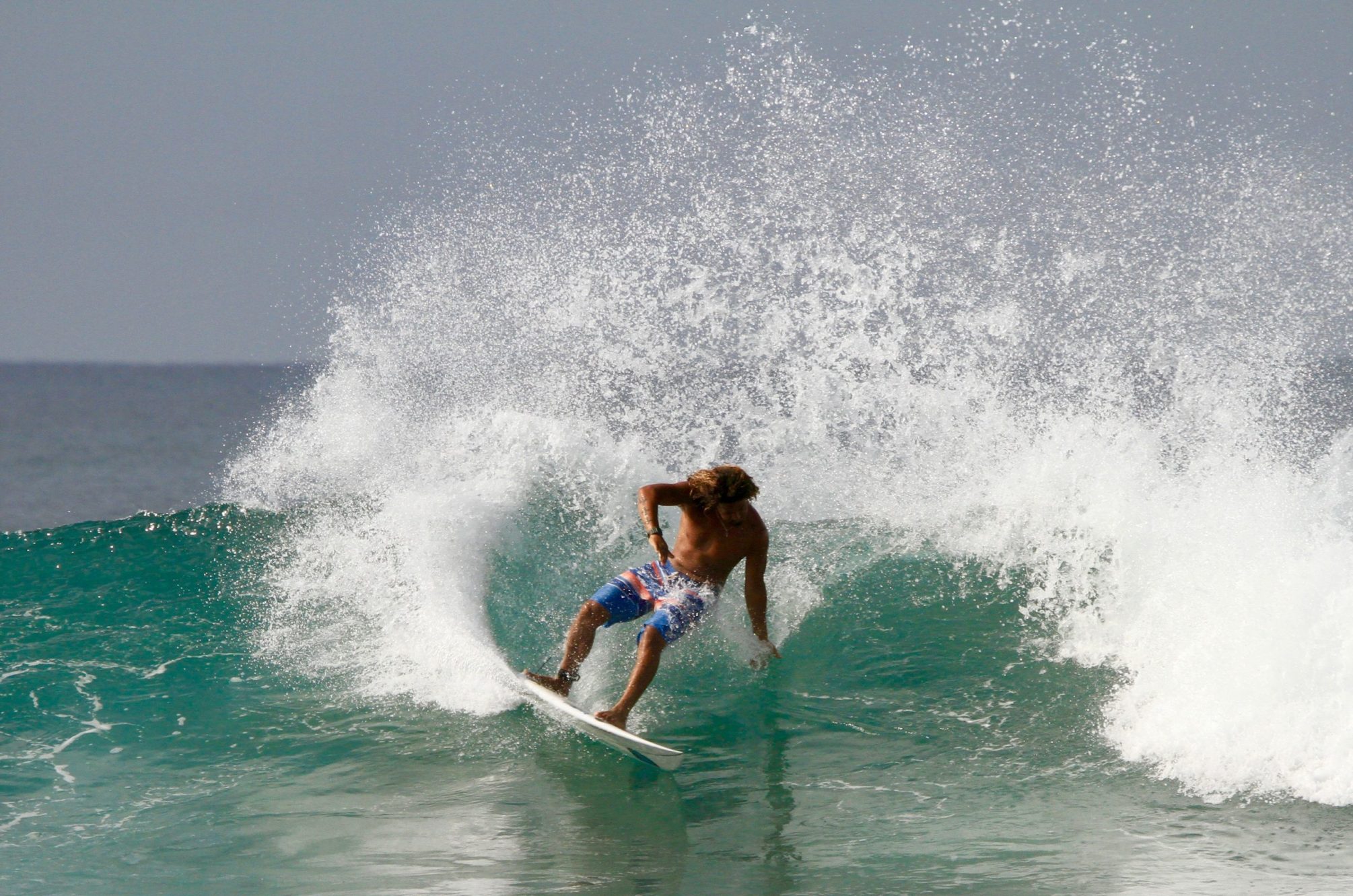